For any emergency, you can send us your request at: support.inventics.net, send an e-mail or call us at the following:

Creating value in the Web! Specialized in designing websites and e-shops, in domain names, as well as in hosting and the online services and products promotion.

INVENTICS was established in 2000 as a Corporation based in Thessaloniki. The founder, main shareholder and CEO of the company, Stathis Parcharidis, is leading the company with his innovative thinking, creativity and extrovert spirit as the basic elements that not only best describe him, but at the same time inspire and motivate INVENTICS and its manpower.

INVENTICS expanded its operations by launching in 2008 its new branch in Athens, while in January 2011 founded INVENTICS LTD with headquarters in London. Oriented worldwide, it spreads its wings globally.

At the same time it dedicates a lot of efford in the welfare of its customers and employees by developing solid relations based on respect and collaboration. 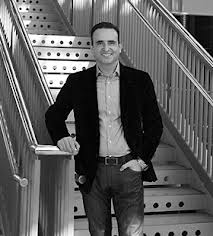 "By creating INVENTICS we converted our innovative visions into actions.
The future for INVENTICS has yet arrived and all that remains, is the expansion of its services worldwide, stepping firmly on the solid foundations we have created with great effort throughout these years."